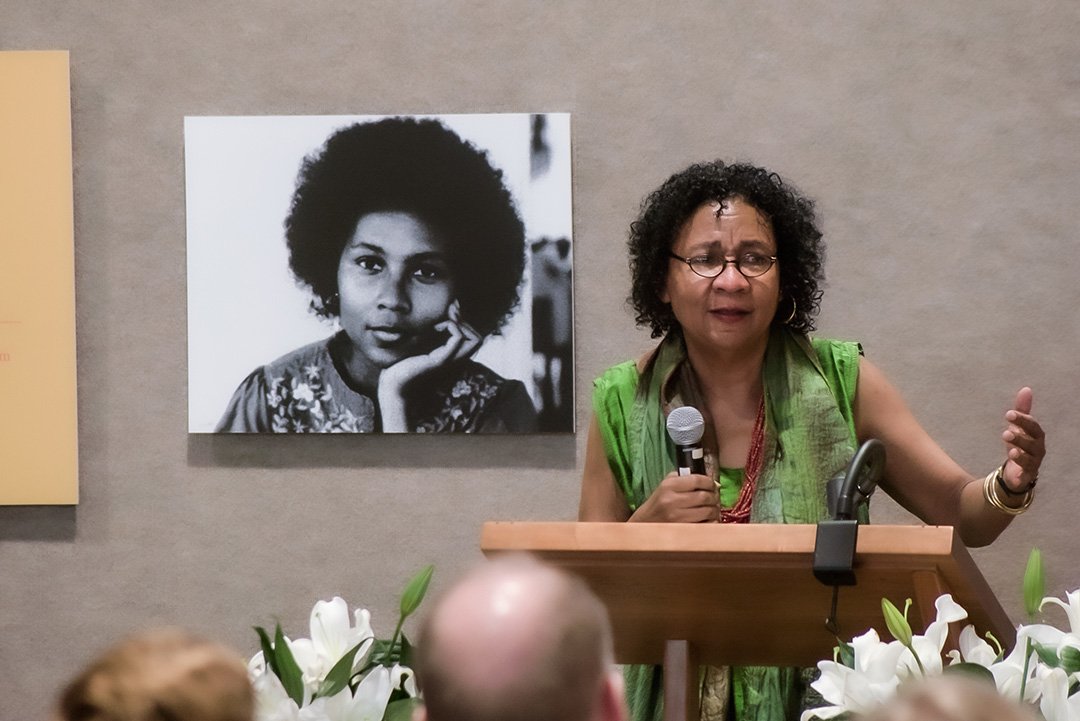 Beloved author, professor, critic, feminist and public intellectual bell hooks, known for titles like Aint I A Woman and All About Love, has died on December 15 at her home in Berea, Kentucky. The Lexington Herald-Leader attributed hooks’ death to an unspecified illness. The author’s family confirmed her death saying she died Wednesday morning, surrounded by friends and family when she passed: “We sadly confirm that our sister Gloria Jean Watkins (bell hooks) passed away at her home in Berea KY in the early morning hour today. She chose cremation so a celebration of life service will be at a later time.”

Born Gloria Jean Watkins in Hopkinsville, on September 25, 1952, she went on to pen many literary works under the pseudonym bell hooks, a tribute to both her maternal great-grandmother, who deeply influenced her (named Bell Blair Hooks), as well as her own mother. She chose to write it using lowercase letters to focus attention on her words rather than herself. “Watkins wanted her pen name to be spelled in lowercase to shift the attention from her identity to her ideas,” said one of her former students at Yale University.

After receiving a Bachelors’ degree in English from Stanford University in 1973, a Master’s in English from the University of Wisconsin-Madison in 1976, and her doctorate in literature at the University of California – Santa Cruz in 1983, she went on to teach at many other institutions while harnessing a career in literature and penning over 40 books, including essays, poetry and children’s books. Her topics include feminism, racism, culture, politics, gender roles, love, and spirituality.

Her first published work under bell hooks was a collection of poems And There We Wept, which was released in 1978. In 1981 she published Aint I a Woman: Black Women and Feminism, which examines the nature of Black feminism through the lens of sexism and slavery. She went on to write more books studying the topic including Feminist Theory: From Margin to Center (1984) and Feminism is for Everybody (2000)

“As a Black woman interested in feminist movement, I am often asked whether being Black is more important than being a woman; whether feminist struggle to end sexist oppression is more important than the struggle to racism or vice versa. All such questions are rooted in competitive either/or thinking, the belief that the self is formed in opposition to an other. (…) Most people are socialized to think in terms of opposition rather than compatibility. Rather than seeing anti-racist work as totally compatible with working to end sexist oppression, they often see them as two movements competing for first place.” (From Feminist Theory: From Margin to Center).

We are deeply saddened to hear of the passing of bell hooks, a huge inspirational guiding light. May her soul rest in peace.

From the bottom of our heart, we thank you, bell hooks.