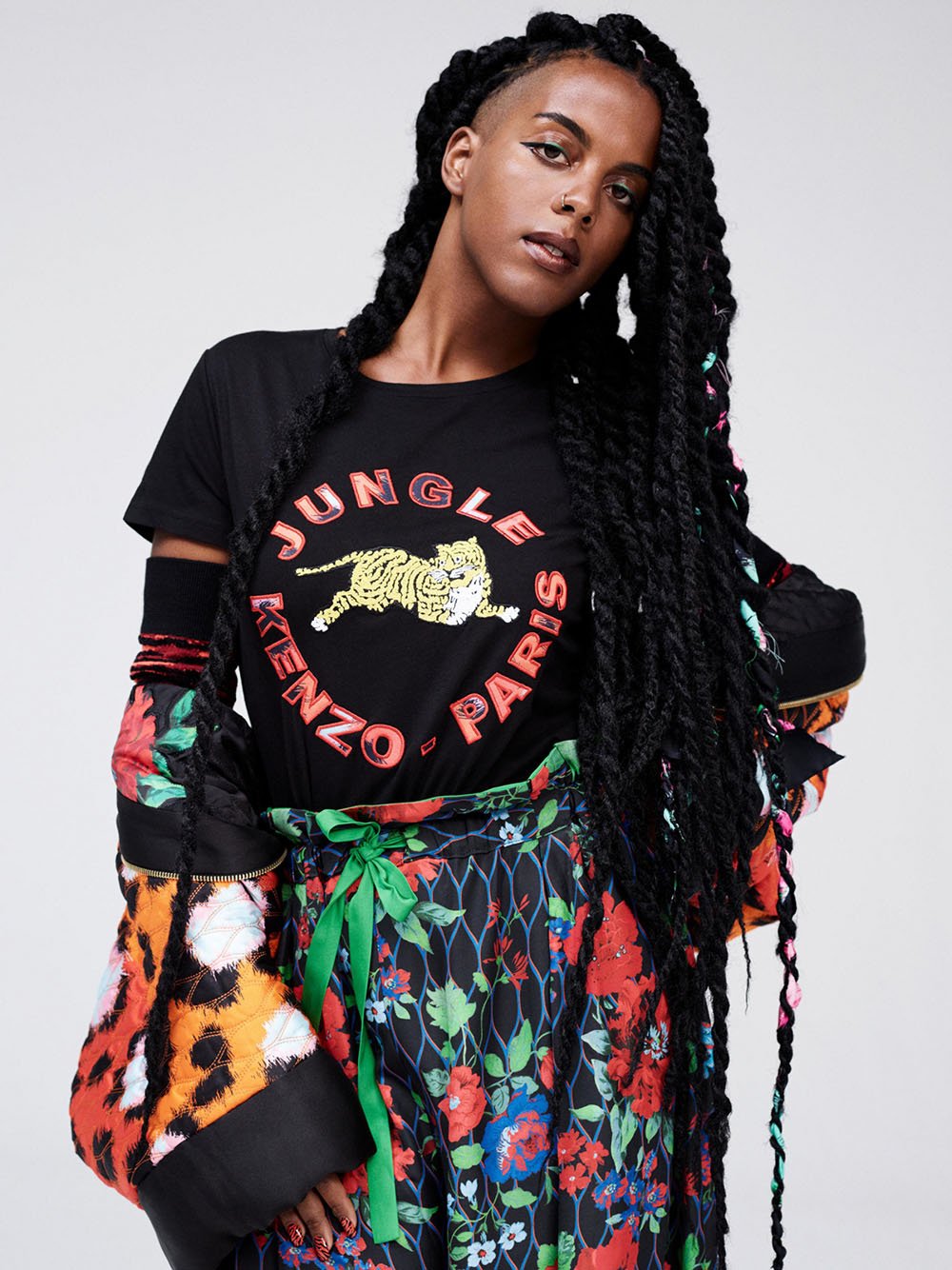 Every time it seems like a new challenge: The launch of a collaboration between H&M and an esteemed labels or designer name, generating a level of attention that other brands –and luxury fashion houses- could only ever dream of.

Last year’s hugely successful collection by Balmain’s Olivier Rousteing signaled a point of no return, replicating the triumph of Alexander Wang’s collaboration with the fast fashion giant the year before. Everything was sold out in an instant, in the time it takes to knock back an espresso coffee.

On November 3 the new capsule collection will hit stores, this time it’s Kenzo’s turn. The colorful collection from the Japanese label, based in Paris, will be available in around 250 stores and online.

Kenzo Takada, the label’s founder – now submersed in the art world – has left the fashion universe, selling out to LVMH, but the spirit of the brand remains. The idea of a fusion of cultures, above all those of the East and the West, upon which the brand was founded in 1970, is still alive thanks to Creative Directors Carol Lim and Humberto Leon, the same duo behind the super cool retail space Opening Ceremony – loved by the cool hunters, fashionistas and hipsters alike as well as appealing to a wider – less fashion focused – audience.

But who are the campaign ambassadors of the new Kenzo X H&M collection? French photographer Jean Paul Goude, known for transforming Grace Jones into a pop icon, found himself in front of a very interesting group of people, mostly because a lot of the famous names involved in the campaign are activists.

There’s Suboi, a Vientamese rap star, who is considered a divine revolutionary in her home country. The rest of world might recognize her thanks to the few lines she exchanged with President Obama about sexism in the music industry, particularly within rap music. Rosario Dawson, who often combines her career as an actress with her fight for social and environmental causes. The Artist and DJ, Juliana Huxtable who is a prominent member and activist of the LGBT community.

Xiuhtezcatl Martinez the young environmental activist and founder of the Earth Gardens movement appears alongside Senegalese activist Amy Sall, who is also behind the Sunu Journal project.

Obviously Somalian model, activist – and ex-wife of The Thin White Duke – Iman Abdulmajid also brings her striking presence to the campaign. She talked about her experiences as a refugee, asking us to reconsider our indifference in the face of others’ suffering “We left Somalia on foot, literally, from Somalia to Kenya and the Kenyan government took us in as refugees. So, I have never forgotten the non-government organizations that really helped me when I was a teenager. I just wanted people, really, to understand, when they think about refugees, cause, you know, I am the face of a refugee.”

Speaking of cultural fusions Ryuichi Sakamoto, the guru of musical crossovers, chimes in and brings a melodious touch to the campaign. Adding further talent to the growing rosta, Chance the Rapper, rapper and producer Le1F, actress Chloe Sevigny, performer Oko Embombo and the make up artist Isamaya French all put in an appearance, sporting pieces from the eye-catching collection.