Roots Manuva | In Conversation With The “Urban Voice Of Britain” 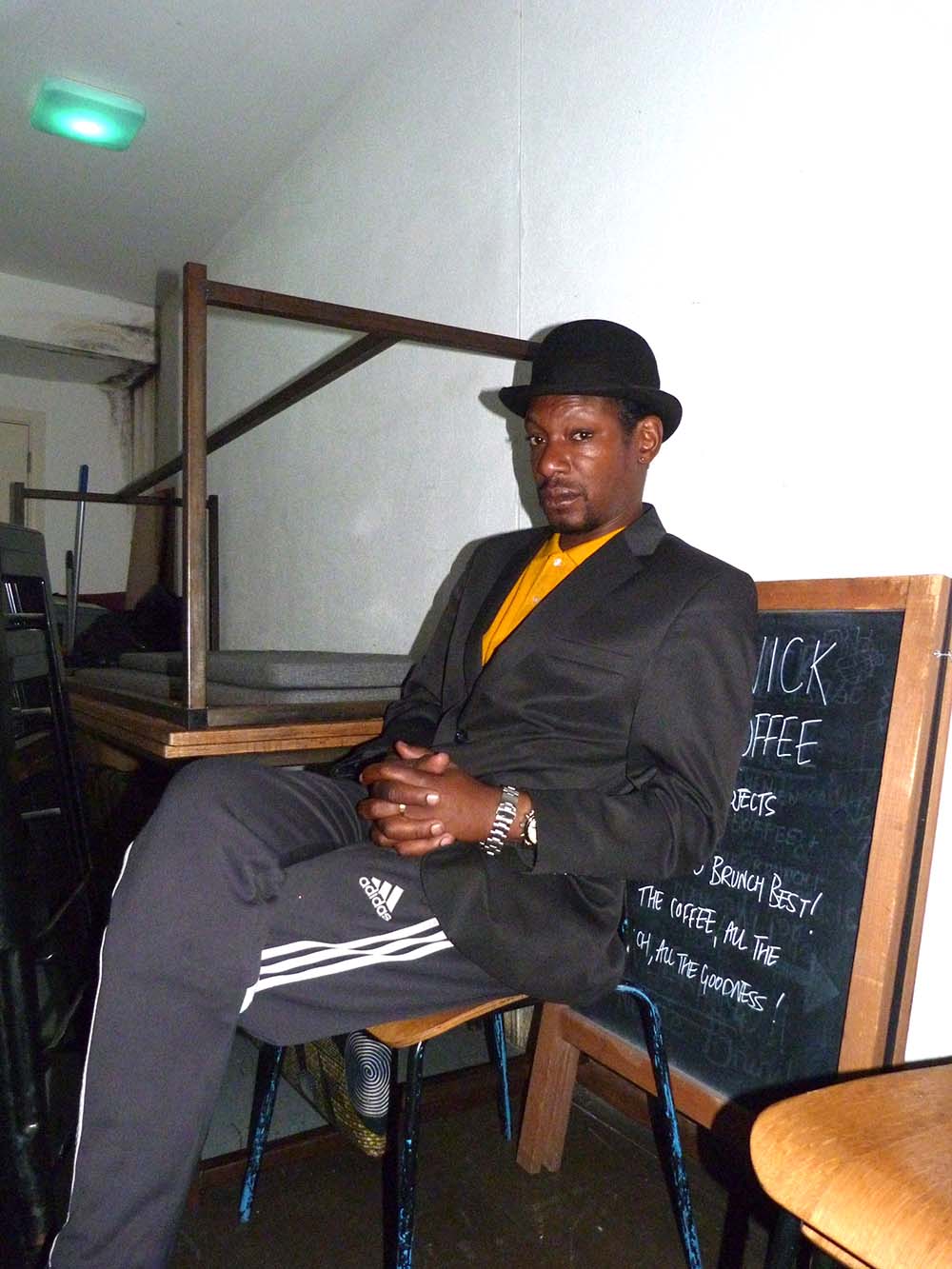 Chilling out with his crew, Rodney Smith aka Roots Manuva chats and dances around while DJ Snuff scratches 90s hip-hop vinyls. We are at Archspace, in Hackney (London), and the rapper considered to be one of the most influential artists in the history of British music is about to perform live at a night organized by Soundcrash to promote his upcoming UK tour. You’ll certainly remember his iconic song “Witness (1 Hope)” from his second album Run Like Save Me (2001), but since then the British rapper and producer managed to put together an artistic profile that has made him a role model for thousands of MCs around the world.

Roots Manuva’s prolific career allowed him to experiment with a variety of genres from hip-hop, dub and funk, to electronic music (as he demonstrated during the show with a reggae intermission accompanied by vocalist Ricky Rankin and manager Alex Watson) and to collaborate with many important artists, recently including even Morcheeba’s singer Sky – he revealed. Roots Manuva is an artist whose music and personality marked British hip-hop and got him a MOBO award for best hip-hop act, a Mercury Prize nomination and the label of ” urban voice of Britain”.

We met Rodney after the gig and talked about today’s Britain urban voices, his musical experimentations, his relationship with his father, London and much more. GRIOT: Almost twenty years ago you released your debut album Brand New Second Hand on Big Dada and at the time you were labelled “the voice of urban Britain”. So, who do you think are the voices of urban Britain today?

Roots Manuva: It’s all about Nadia Rose, Dizzie Rascal, Solid Crew and many more, I listen to their music but I can’t remember their names, the list goes on and it’s a wonderful time to be a British artist at this moment, because the world seems to be consuming our music and loving it, they like our style.

If you had to give a piece of advice to young MCs that are trying to make it in the music industry these days, like you did twenty years ago, what would it be?

You have to be a multi-tasker to be a young MC, a DJ, a promoter and so on. You cannot just depend on an advance from a record company. You do need to finish your degree, you do need to take your education seriously and you do need to have a parallel career, because this business takes no prisoners and it does dishevel people, it does kill people. It’s not a walk in the park, it’s very complicated.

You’ve experimented with almost every genre in your career, what new genres are you venturing into at the moment?

At the moment we’re messing about with a new genre suburban blues as my manager Alex Watson calls it. She lived in the suburbs and she’s really fascinated with that environment. She’s also got a blues background, so that’s what we’re working on. It takes time, you know, genres aren’t created overnight. Music and movements take quite a long time to create and it’s about that thing of not being in a hurry and doing the right thing at the right time.

You’re from London. How has this city changed, musically speaking?

London has opened up. When I was in my twenties and I used to have a security company, it was all about house music. Now, any night of the week you can go out and listen to all genres, reggae, soul, blues, you know, the jam sessions’ scene is really thriving and London is just an amazing place to be, there’s such variety, it’s amazing. Do you ever go back to your neighbourhood, Stockwell?

Yes, I’ve still got my room at my dad’s house. I often go to visit my dad and he’s a preacher so he doesn’t really like my music. He’s waiting for me to make a gospel album, but my faith isn’t as good as it used to be, so I’m not ready to do it. My dad wants to be a producer, he wants to produce my album, he gets on my nerves, he always says to me “You can’t sing! You can’t sing!” and I’m like “Dad I’m really trying my best here”. Family life is amazing, it’s wonderful.

Is it true that you’ve been composing an opera about the end of the world? Tell us about it.

Yes, it’s not exactly about the end of the world. It’s about a journey on another planet into another galaxy. It’s about the journey, the troubles and the struggle and about the civilization that you have to encapsulate in one entity. It’s primarily instrumental, there are no real words, really, just a few choruses but no lyrics.

Roots Manuva will perform on 26 October in Leeds, on October 27 at Troxy Theater in London, on October 28 in Oxford, and 2 and 3 November in Glasgow and Manchester. You can find more about the toure here.