“Black Models. From Géricault To Matisse” Is The Exhibition We Needed 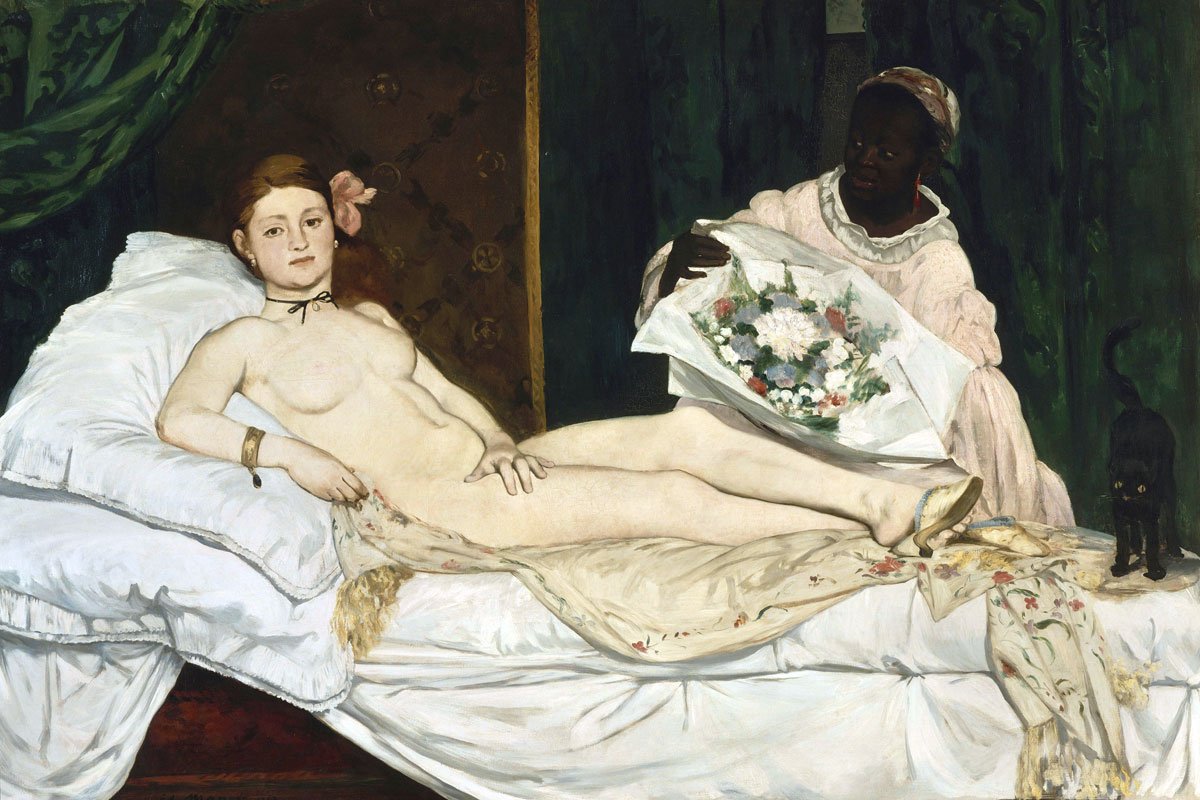 A couple of months ago, I came across the image of a painting as I scrolled through my timeline on Facebook. It’s a painting I must have seen at least ten times in the past few years, including the first time I saw it when I visited the Louvre Museum. The painting in question is Portrait of a Negress, a 1800 piece by Marie-Guillemine Benoist. As it is listed among the must-see-attractions for tourists who spend a few days in Paris and visit the Louvre, the painting is quite renowned, but not many people know about it. Certainly, Beyoncé and Jay Z’s Apeshit video contributed to the spread of that image across pop culture, reaching masses who didn’t even know that painting existed.

It used to be called Portrait of a Negress, but history has now been rewritten, finally. After two hundred years, the painting has been renamed Portrait of Madeleine, giving back dignity to that woman and to all the many other women and men depicted in modern art pieces. With their names, they got back their dignity, which will allow their place in society to finally be recognised. “Black people were present in avant-garde circles, when artists used to challenge conventions and interracial socialisation was a taboo,” Murrel said. “What’s more, nobody had ever conducted a thorough research to find out who that woman was, something that had instead been documented at the time,” she added.

Her name was Madeleine. The most meticulous might suggest that it wasn’t—or couldn’t have been—her real name, as it must come from the well-known power relations between equal, but different, individuals in past centuries. Alternatively, she could have got that name from a master when she was a slave. As a matter of facts, Madeleine—who was born in Guadalupe—was a slave before she started working as a free woman at the house of Benoist’s brother-in-law.

I believe the study conducted by African American scholar and historian, Denise Murrell, is exactly the type of research we need to focus on. It’s a study which represents a new frontier and a new outlook towards the recognition of those stories which have visibly and significantly affected our contemporaneity, but that could contribute to bring balance to it.

Obviously, Madeleine isn’t the only one among the unveiled and restored treasures which Murrell—the curator—exhibited in Black Models, from Géricault to Matisse. There are many other figures that have either inspired or created wonderful art pieces such as Olympia, by Edouard Manet, where the obscured, almost invisible Laure, the maid, stands in the background; The Raft of the Medusa, by Théodore Géricault, a painter in favour of the abolition of slavery who painted the heroic figure of Joseph. And what about the names of more popular figures? What about their works? This is the case of the writer, master creator of the historical novel and dramatist Alexandre Dumas. Among the many literary works, he is the author of The Count of Monte Cristo and the trilogy of The Three Musketeers. He was the son of a revolutionary French general and an African slave from Haiti. Then, we could mention the Cuban singer Maria Martinez, Jeanne Duval’s portrait by Manet—she was a Haitian-French woman of African descent and Baudelaire’s lover and muse.

According to a note, the exhibition displays more than 300 paintings depicting and championing black and mixed race people in French art. Adopting a multidisciplinary approach which crosses art history and the history of ideas, the exhibition focuses on aesthetic, political, social and racial issues, as well as on the image underlying the representation of black people in visual arts from the abolition of slavery in France (1794) to the present day.

While offering an overall perspective, Black Models. From Géricault to Matisse focuses on three crucial periods: the abolition of slavery era (1794-1848), the new painting era up to the Matisse’s discovery of the Harlem Renaissance and the early 20th century avant-garde movement and the successive generations of post-war and contemporary artists.

The exhibition has a particular focuses on the model and therefore on the dialogue between the artist who paints, sculpts, engraves or photographs and the model who poses. More specifically, the exhibition explores the evolution of the representation of black subjects in the works of Théodore Géricault, Charles Cordier, Jean-Baptiste Carpeaux, Edouard Manet, Paul Cézanne, Paul Gauguin, Henri Matisse, as well as in the photographs of Nadar and Carjat.

Inaugurated on March 26th, the show was first launched—in a much smaller form—last year at the Wallach art gallery in New York and it was inspired by Denise Murrel’s doctoral thesis. If you want to immerse yourself in this great and necessary part of unveiled history, you’ve got time until July 21st to visit it at the Orsay Museum in Paris.