6 Must-watch Movies Not To Be Missed This Winter 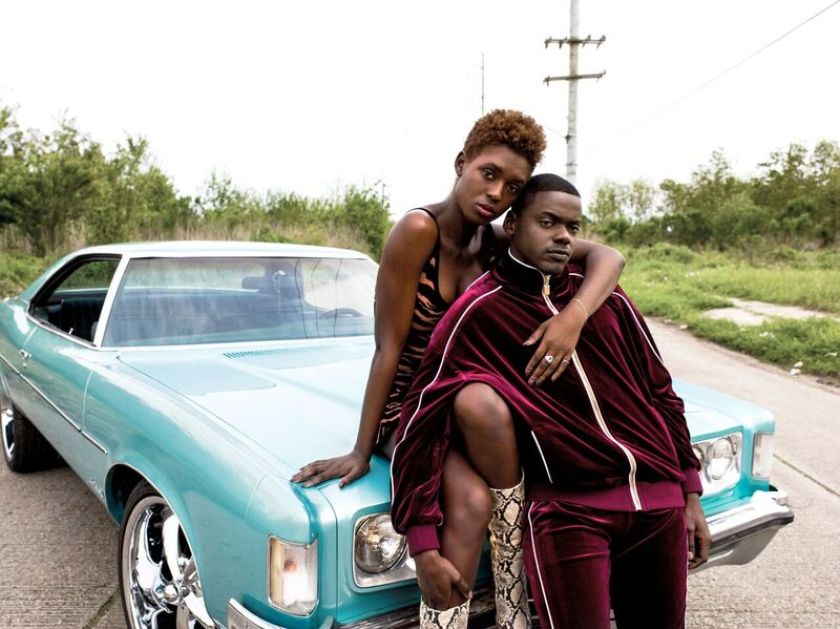 Great returns, debuts, premieres, absolute novelties… This year – like every year – many films will leave a mark and spark conversations on blogs and film forums around the world. Here are six films not to be missed.

Winner of Best British Feature Film at the Edinburgh International Film Festival’s Michael Powell Award, Farming tells Enitan’s (Damson Idris) story. Born in London to Nigerian parents, he’s farmed to a white working class family, as part of a social experiment conducted between the 60’s and the 80’s in the UK which aimed at providing a better future for disadvantaged youth. The film draws inspiration from Adewale Akinnuoye-Agbaje’s real life experience, who excellently makes his directorial debut with this authentic and incredibly touching story. The film starring Gugu Mbatha-Raw, Kate Beckinsale and Akinnuoye-Agbaje himself, will be in cinemas on 11th October.

A romantic date turns into a Bonnie & Clyde-type adventure of our time, when a young black couple is pulled over by a police officer. After Get Out, here’s another nightmare becoming reality for the actor Daniel Kaluuya, who plays Slim alongside the amazing Jodie Turner-Smith in the role of Queen. The highly anticipated film, which teases the viewers with a thrilling, exciting trailer, was directed by Melina Matsoukas (this was the first project as a feature film director for the mind behind Beyonce’s Lemonade), while the author, actress and producer Lena Waithe curated the screenplay. Queen & Slim will be out on 27th November.

Malika: Warrior Queen is a historical fantasy set in XV century West Africa and it’s the first Nigerian animated movie. After inheriting the throne and bringing peace on a land afflicted by years of civil war, Queen Malika from the Realm of Azzaz is now in charge of ruling the biggest empire in West Africa. Mythical creatures, royal family feuds, magic and relics, this tale brings the fantasy genre in the most appropriate and fascinating context, the ancient African continent in all its glory. The movie also features a very special cast of Nollywood stars: Adesua Etomi-Wellington in the role of Malika; Femi Branch interprets Chief Dogbari; Deyemi Okanlowon plays the WindMaker and King Bass; Sambasa Nzeribe gives General Ras his voice, and Blossom Chukwujekwu plays the role of Abdul. Written, directed and produced by the author and YouNeek Studios founder Roye Okupe, Malika: Warrior Queen is now available as a comic book. The pilot for the animated series was presented last 21st September at the 8th edition of Lagos ComicCon and at the 6th edition of MECCAcon in Detroit. You can find out more and join the Kickstarter campaign here.

Notes From a Young Black Chef

Notes From a Young Black Chef is the film adaptation of the homonymous memoir by the Nigerian-Jamaican chef Kwame Onwuachi and by the author and critic Joshua David Stein. The film will recount the life of the young chef starting from his childhood, which he spent in the Bronx with his mother, until the opening of his first top class restaurant at just 26 years old and the star of Sorry To Bother You, Get Out and Atlanta, Lakeith Stanfield, will play Onwuachi. The film doesn’t have a release date yet and the director is still unknown, but we’ll be waiting with watering mouths.

Harriet is certainly one of the most awaited movies this winter. It tells the incredible story of the American abolitionist and political activist Harriet Tubman, the woman who managed to free almost a hundred of people from slavery thanks to a network of antislavery activists, secret roads and safe houses called Underground Railroad. Secretly travelling at night, Tubman’s missions (played by Cynthia Erivo) made history and this important piece of collective memory is now celebrated by this compelling movie which already smells like Oscar. Directed by Kasi Lemmons and featuring an all-star cast including Leslie Odom Jr. and Janelle Monáe, the film has just been presented at the Toronto International Film Festival. Harriet will be out on 1st November in the United States and will be available in Europe at the beginning of 2020.

If you enjoyed A Wrinkle In Time and Euphoria, you’ll be happy to find out that the young and talented Storm Reid will come back on the big screen alongside David Oyelowo in the new psychological thriller Don’t Let Go. The teaser gives us a taste of Jack Radcliff’s story (Oyelowo), a policeman who receives a mysterious phone call by his allegedly murdered niece and tries everything to save her in a dramatic chain of events. Created and directed by Jacob Aaron Estes, the film came out in the States last 30th August and will land in Europe very soon.