100% POP | In Conversation With Nora Chipaumire 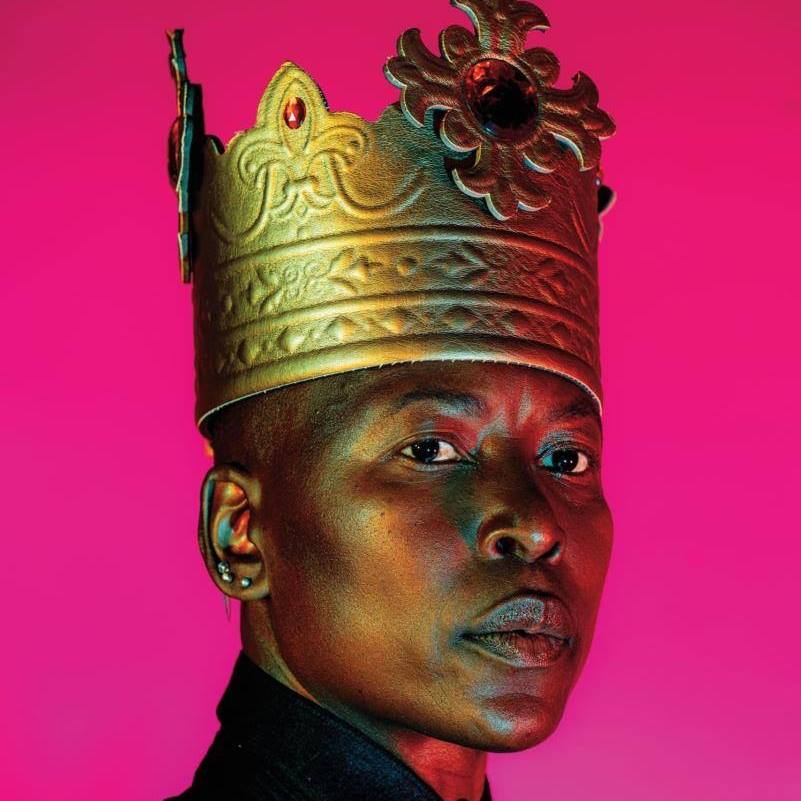 Having just arrived from her base in New York, via Switzerland, Nora Chipaumire is settling in, making breakfast in her AirBnB in an area of Rome that tourists rarely venture to when she joins our video call. Unlike the tourists, she doesn’t mind the gritty neighbourhood at all, seeing as it is such neighbourhoods that have often birthed the artforms that Nora engages with in her practise as a performing artist. In Rome for the Short Theatre festival 2019, she and her team (Atiyyah Khan, from Sud Africa, and Pape Ibrahima Ndiaye a.k.a. ‘Kaolack’, from Senegal) are set to perform 100% POP, part of her newest three-part piece #PUNK 100% POP *NIGGA (verbalized as hash tag punk, one hundred percent pop, star nigga), for the first time in Rome, Italy.

Since 1998, she has been challenging and embracing stereotypes about black bodies in the context of performance art on stages across the globe. She has performed among others, in Senegal and Japan, but also in the country of her birth, Zimbabwe, where she was awarded the 2016 Trisha Mckenzie Memorial award for her contribution to the dance community. A graduate of Law, Dance (M.A) and Choreography and Performance (MFA), a 2018 Guggenheim fellow and a three-time Bessie Award winner, Nora Chipaumire’s interests are as varied as her talents.

Born in Mutare, Chipaumire grew up cultivating her interest in art early on via radio music. “Growing up in apartheid Rhodesia, radio played such an important aspect in firing up my imagination, and I would say that sound, old record covers, and cheap magazines is how I learned what art is.” In many ways, she sees these chance encounters influenced her future career as an artist, even though she initially studied law and even graduated from lawschool. “Studying album covers and linear notes is a way to study art. I am old enough now to understand that we acquire knowledge in very different ways. I don’t feel like I have this chip on my shoulder because I didn’t grow up listening to Bach or going to museums, or formally studying art.” She eventually enrolled to train in dance and choreography as her career progressed.

Unsurprisingly, her latest piece also engages with music, particularly with pop, punk and rumba, a seemingly unlikely juxtaposition. She explores them through three prominent representatives of said genres Grace Jones, Patti Smith and Rit Nzele respectively. While the first two are often instantly recognizable, some audiences often need to google Nzele. “People are usually like ‘we know Grace, we know Patti but who is Rit Nzele?’ I think that speaks volumes about the relationship to the African imagination and also to these very particular circles—universes—within the African world.  So you may know rumba congolaise but if you know the names of the animators in these bands, then you are paying more attention than the general person.”

But what is it about this three women that initially caught her attention as she was developing this piece? “It really touches me that all three of them have the charisma, the talent to be in theses spaces and survive,” she says, alluding to the male dominated music industry. “I have this humongous respect for a punkster [Patti Smith] who is still working well into… well she is in her seventies! I am interested in how women carve out their spaces in this world of music which is very male, and also in their particular genres: punk is very youthful and male for one thing, angry young white boys. Pop is also a white male dominated sector, to think that Grace Jones can survive being Grace, and she is still alive.”

Nora Chipaumire was going for something more profound by focussing on these women and the genres that they excelled in, arguing that “I’m trying to use these genres as means to discuss, as ways of being, ways to see the world, and all three of them are in some ways, except for the rumba congolaise, dominated by white men, though I wouldn’t be surprised if all the producers of African music today turn out to be white too.”

In her piece, she seeks to uncover the philosophies that these genres hold by engaging in their politics that have often erased the very people that have been instrumental to their proliferation as musical categories. “Whenever I make work I try to find the edge that has been co-opted by the middle class, and that is losing currency in a way. I try to return to it to where it was meaningfully outsider art,” she says.

Punk, for example, emerged from what she calls a collision, but its popular image is often at odds with its origins. This has often spurred counter movements such as ‘Afropunk’ which try to work against this homogenized idea “punk was a result of this collision between immigrants from the British empire and the idea that white kids were unable to get jobs in the sixties and the seventies in London. It is a result of the sound clash. Look at all these punk bands with Indian or African people in them. It’s not this skinny white boy artform that we kind of feel it is.”

100% POP seeks to unpack many of these things. It is a sound clash, a cacophony, a reflection and even research, because “research is how you create,” Chipaumire contends. The piece explores both pop and Grace Jones by manipulating sound, body and movement in space. Ultimately “it is about music. I wouldn’t call myself a musician, but I do use my voice and i think frequently its rather musical,” Chipaumire says heartily laughing as we come to the end of our conversation.

In the work 100% POP she finds herself returning to the ways information and knowledge are or were acquired by those who grew up in less free times–in times of drum magazine, African broadcast stations, color bars, poverty, active connections to rural and township lifestyles.

Pop can be read as that art of the ordinary, the art most accessible to the people as those ordinary working masses, who don’t necessarily go to museums, galleries etc. Grace Jones is perhaps the first superstar who was black, female and unapologetic about her presence that Chipaumire fell in love with. In 100% POP, Grace Jones‘s renowned “one man show” further instigates the idea of a “cover”. The trio approaches this by soundclashing elements and Grace Jones’, Zimbabwe’s Chimurenga music, dub and noise.

Chipaumire is on tour with her piece “to encourage everyone to enter into a space of sonic vibration, an ability to manipulate sound which I think is what musicians do.” Ultimately, the piece is a unique performative experiment to “discuss sound by creating sound” and to “bring all low art philosophies to these high art spaces,” commitments that Chipaumire is highly enthusiastic about.

All images | Courtesy of Nora Chipaumire and Short Theatre