1 Million Roses | The Exhibition Bringing Art, Iconography And The Legacy Of Angela Davis Together

The exhibition seeks to draw a line from the "Free Angela" campaign to ongoing social justice conversations. 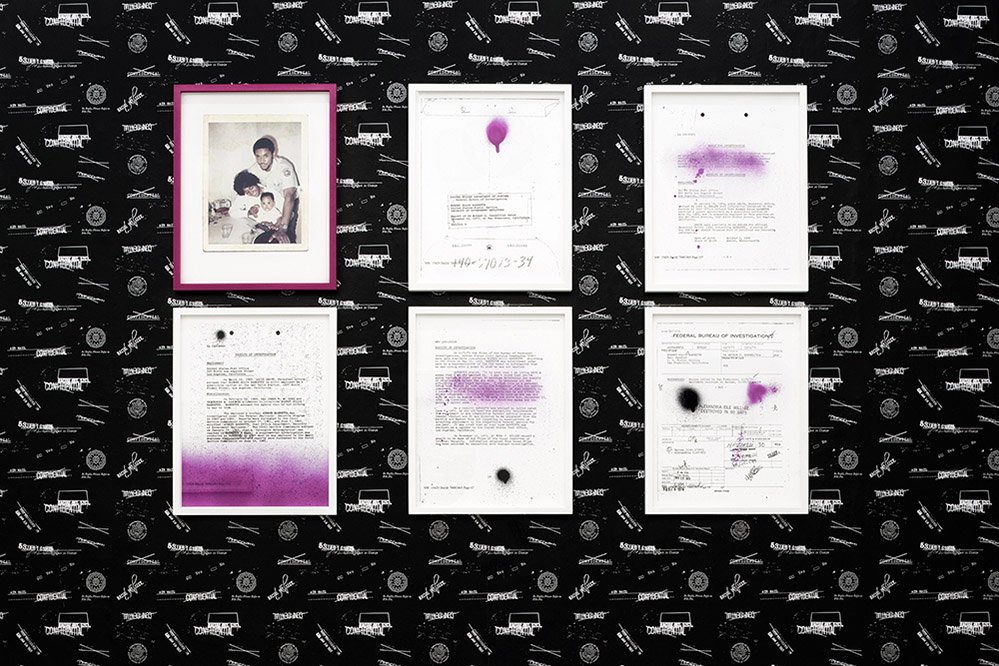 “Dear Angela Davis! Our children are still small, but they all painted a red flower for you as beautifully as they could. Each flower is to tell you that you, dear Angela, have many friends in the world.”

Such reads a letter dated 24th January 1972, sent to Angela Davis from the children and caretakers of a Kindergarten in the Eastern German city of Dresden. Between 1970 and 1972, Davis, who was awaiting trial for a crime she did not commit, received hundreds of thousands of letters just like this one. Most were in German, which she is fluent in, and a few in broken English.

An initiative of the SED dictatorship that most former citizens of the German Democratic Republic GDR (AKA East Germany 1949-1990) over 50 will remember vividly, the letters were part of the monumental “Free Angela” campaign. The GDR took full advantage of it to make the country appear coherent and united, strategically using demands for Davis’ release for their own ends. The impact of the campaign was such that when the 28 year old Davis landed in East Berlin in 1972, no less than 500,000 people awaited her, almost 500 of whom stormed towards the aircraft in frenzy when the doors were finally opened according to some accounts.

Unsurprisingly, Davis’ popularity left a trail in both GDR and West German art.  In 1972, during the VII. GDR Art exhibition in Dresden, her larger-than-life image inspired paintings by Willi Sitte, Bernhard Franke and Christoph Wetzel. These are now part of the current exhibition which opened on 10 October 2020 and is running through 30 May 2021 amidst a national lockdown. In the context of the events of 2020, the exhibition seeks to draw a line from the “Free Angela” campaign to ongoing social justice conversations.

Welcomed as a state guest to the GDR after her acquittal, Davis had hoped for an internationalist movement towards socialist, feminist, and anti-racist democracy, which were in stark contrast to her experiences of violence and oppression as a Black woman in the United States. This moment of hope is the historical starting point for this exhibition which features dozens of contemporary artists, including Yael Bartana, Ângela Ferreira, Coco Fusco, Ellen Gallagher, Claudia Martínez Garay, Kapwani Kiwanga, Julie Mehretu, Senga Nengudi, Julia Phillips, Elske Rosenfeld, Anri Sala and Cauleen Smith among others.

A total of 52 artworks and extensive archival material are presented, including a selection of the Solidarity Action postcards in which Davis once found solace inside her cell. However, the exhibition also includes cross-media works by contemporary artists working around the iconography of Angela Davis on the one hand while placing her activism and academic work at the center of contemporary art-making. For instance, Sadie Barnette creates an installation from FBI surveillance files on her father, who was a member of the Black Panther Party for Self-Defense and Davis’ bodyguard for a while. Another artist, Gabriele Stötzer, deals with her incarceration during the GDR period in a video performance, creating an arc to Davis’ prison sentence and abolitionist body of work. Stötzer addresses the central contradiction of the GDR, which supported Davis’ release campaign while violently suppressing reform efforts and merely paying lip service to anti-racism at home.

In the photographs, videos, sculptures, sound installations, and conceptual works of the exhibition, a young generation of artists takes a look at Davis’ ongoing commitment to social justice, her struggle against racism and sexism, and the iconography of her image in a global history of resistance. In conversation with extensive archival materials and works by artists from the GDR, an experimental space of encounter between past and present is created in Dresden. Since German museums went into lockdown soon after the exhibition opened, the bilingual catalogue—available from Mousse Publishing—will be an important resource for those unable to travel to Dresden to view this timely exhibition.